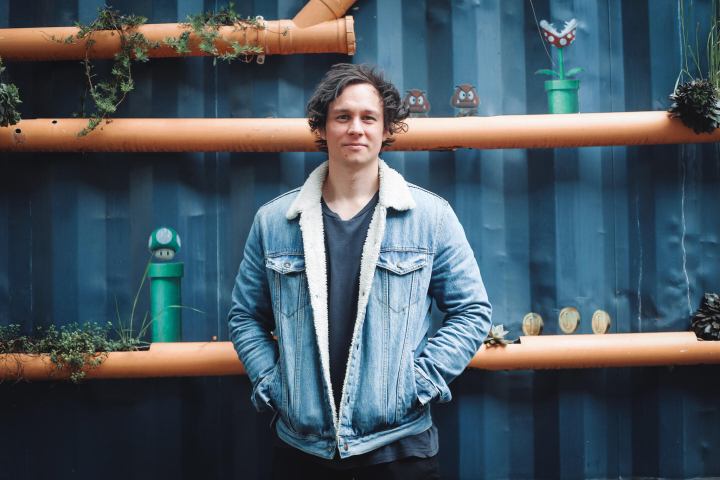 Recently nominated in the 2021 SA Music Awards for Best Pop Artist, Adelaide’s rising star Jordan D’Sena is making a mark in the local music scene with his new single “Silhouette.” His single has landed 9th on triple j’s Unearthed chart and 2nd in the pop charts. Now armed with more experience, depth, and confidence, this acoustic singer-songwriter is geared up to take his music to a bigger stage.

Hey Paolo: What inspired you to become a musician?

I remember when I was four years old, my grandfather used to play his guitar in front of us. I was just drawn to his guitar and that inspired me to start playing too. I was 10 when he said, “here, you can have this one” — he then passed his guitar to me. That was also the time I started my guitar lessons. I’ve always loved playing ever since I was a kid.

It was only when I turned 17 though when I started singing. I took up singing lessons and eventually felt more confident to do gigs. At 21, I eventually auditioned for The Voice Australia and made it through the blinds.

As a kid after coming home from uni, I always remember watching shows like The Voice, Australia’s Got Talent and Australian Idol. I guess I’ve always wanted to join a show like that.

It was very nerve-racking to be on The Voice stage. The actual performance was for only nine seconds, but the lead up to it was worth many weeks of practice.

Hey Paolo: What’s usual genre that you like performing?

I like being an acoustic-songwriter and I also like pop. I perform a lot of Ed Sheeran’s songs. Another artist that I really like is the Aussie singer-songwriter Dean Lewis. My own single, “Silhouette,” definitely has some Dean Lewis influence in it.

Hey Paolo: What’s the story behind your song “Silhouette”?

A few years back, I was seeing someone and felt like being a shadow. I wasn’t just connecting to her. The line, “if I call you in the morning, you probably didn’t even want it,” meant like, I don’t even know what she was thinking at that point.

I wrote the base of the song but I also had a couple of guys who helped me produce the track.

Hey Paolo: How can a newbie artist start his/her career here in Adelaide?

It’s important to have local contacts and connections. It’s all about networking. I feel there are more activities and opportunities for artists now. For example, the Fringe is a massive opportunity for us. The Fringe has really helped artists in the arts and creative space.

I’ve been listening to a lot of Justin Bieber and The Kid Laroi’s “Stay.” It’s the number one song in the world and I’ve noticed that the length of the song is just 2:20 min/sec. Usually I write songs that are 3:30 min/sec and they always come with bridges. I’ve noticed now that a lot of the new songs are just around the 2:20 min/sec mark with no bridges. But then again, Olivia Rodrigo’s “Driver’s License” is at 4:30 min/sec. I thought I need to try something different in my songs now — they should be either 2:20 min/sec or 4:30 min/sec.

Hey Paolo: Any recommendations for good music spots in Adelaide?

The buskers in Glenelg are usually pretty good. I heard The Lab (63 Light Square, Adelaide) is pretty cool too! Also, the Adelaide UniBar is a good spot.